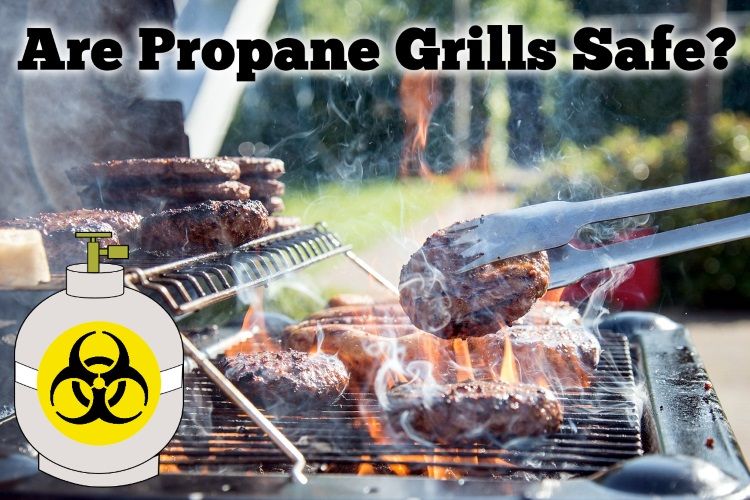 I love being outside at my grill and am lucky enough to have both a charcoal and propane grills. While I know some of the dangers of an open flame, I have wondered are propane grills safe?

So I decided to really investigate, so knew for sure. Here’s what I learned:

Propane grills are VERY safe when used properly, but can explode due to a gas valve being left on causing gas build-up later ignited by a flame. Also, temperatures over 160° can increase pressure inside the tank & exceed the tank’s safety release valve’s capacity & lead to explosion. But those instances are very rare.

But there’s a lot more to know about propane grill safety, what might cause a propane tank to explode, and how to use yours safely and with confidence.

Get ALL my Top Recommendations on Grills, Smokers, and BBQ Accessories with descriptions and direct links for easy browsing! 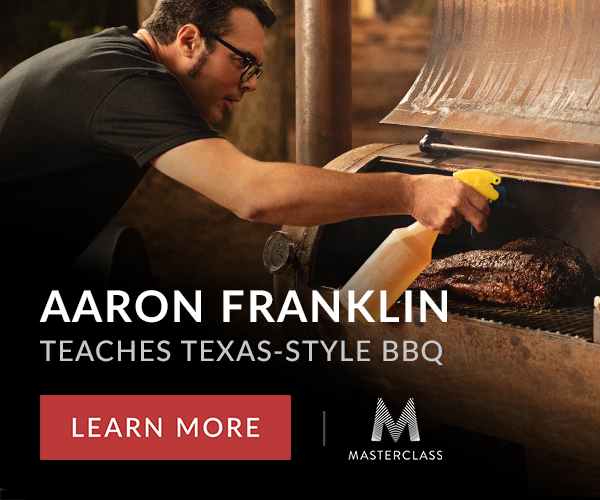 Be sure to refill your portable 20-pound propane tank for your gas grill. You will be able to cook during and after the storm and could heat water if needed too! #HurricaneDouglas pic.twitter.com/ultlt2pgFe

The short answer is yes.

But it’s highly unlikely except under a handful of extreme conditions. I have been grilling for decades at this point. But then I was born in Texas and that’s just what we do.

So as you can imagine, while it does happen, that’s kind of rare.

The TV show Mythbusters also dug into the urban legends surrounding propane tank explosions. They were trying to see specifically, if shooting a tank with a handgun, as James Bond does in the film Casino Royale, could really trigger a giant fireball.

In the end, they determined that a propane tank might release a cloud of propane, but in order for it to ignite it has to have an open flame as well.

But for most of us at home, if we have our propane tank hooked up to our grill, and the grill, tank, and hose are in good working order, you’re not likely to see any issues or explosions.

Propane explosions are typically the result of one of 2 things:

Below we’ll get into the specifics of what might cause either of those situations.

Why would a propane tank explode?

Since a fire around a grill is less common, the most likely reason a propane tank might explode is a tank valve accidently being left open.

When that happens, gas tends to build up.

That gas build up could be inside your grill if you left one of the burner knobs on but extinguished the flame. Then, if you were to go and light the grill shortly after that, there could be a large amount of propane gas confined inside the grill.

Lighting the grill at that point could cause a flare-up, although a complete tank explosion is highly unlikely as that would require a large amount of gas build up.

For the 2nd type of propane tank explosion, as I mentioned, it requires the tank being exposed to extreme heat.

I’m not talking summers in Texas where temps can soar to over 100°.

No, I’m referring to extreme heat such as a fire burning around the area where the tank is. When a propane tank is exposed to fire or other sources of extreme heat, what happens is called boiling liquid expanding vapor explosion or BLEVE.

When a propane tank is exposed to that kind of heat, the propane essentially begins to boil.

As we know, when anything boiled, it lets off steam. In a confined space such as a propane tank, there isn’t a place for that steam to go, so it creates pressure. If there’s no place for that pressure to go, eventually the tank could fail, resulting in an explosion.

It’s also worth noting that All types of propane tanks are legally required to have some sort of pressure release valve to avoid exploding tanks due to high-pressure situations.

A BLEVE happens when the pressure inside the tank rises faster than the safety release valve releases the pressure. When that happens, the tank could rupture.

But again, without a flame source, that gas will not ignite.

Be safe with your propane grill, don’t leave the gas on! https://t.co/klZryfE613 pic.twitter.com/IIoXcnVMEV

Can a propane tank explode if it gets too hot?

The short answer is yes, but as I mentioned above, we’re not just talking a hot summer day.

I’ve been grilling in Texas for decades, and while I often use wood to grill, I do also have a propane grill too which is more convenient in some situations.

I have my grills on the patio off to the side of the house, and in past houses, I usually have them on my back deck.

While I like to have my grill positioned somewhere with some shade, it definitely gets hot, but I’ve NEVER had any issues with my propane tanks getting too hot or even coming close to exploding.

According to the National Fire Protection Association, a 20 lb propane tank would have a pressure of 145 psi when the outside temp is 70°.

So the big question is how high a psi can a propane tank go?

Of course, it will vary by how full the tank is, etc. But a general guide is that the pressure relief valve is designed to start venting pressure when the pressure hits 375 psi.

So as you can see, normal summer sun is not going to cause your propane tank to explode, and it would require significantly hotter temperatures than just exposure to the elements.

If you love to grill, you’ve no doubt had your share of burned veggies on the grill.

I got frustrated with inconsistent results with my veggies, and did some extensice reasearch and turned it into an expert guide which you can check out on my site by clicking the link.

What really surprised me is the differences in how long to leave corn on the grill compared to things like asparagus or squash.

Empty propane tank? Never dispose of propane tanks in your household trash, dumpsters or recycling bins. Even empty tanks can have trace amounts of gas in them & when compressed will explode. Please properly dispose of tanks at any Household Hazardous Waste drop off location. pic.twitter.com/dy9UFQY93Y

Is it bad to leave propane on?

I pretty much always leave my propane tank valve open and then open or close the burner knobs on my grill as needed.

The way I see it, I don’t turn the valve off on my gas stove in between every use and a propane grill isn’t much different.

That being said, if you want to be extra safe or don’t use your propane grill very often, it is recommended to turn the propane off at the tank after each and every use.

The primary concern with leaving the propane tank valve open in between uses is someone accidentally knocking the burner knobs to the on position on your grill.

If that happened, and a large amount of gas built up and an open flame source happened, such as lighting the grill, you could cause an explosion.

But that’s no different from the burner knobs on your stove getting accidentally bumped. So use your best judgment, and if you want to go the extra mile for safety, turn off the tank after every use.

Another possibility, unlikely, but could happen, is with rodents chewing on your gas line from your tank to your grill. That is about the only way your grill differs significantly from your stove in your kitchen.

If a rodent chewed all the way through a tank gas line, that could again cause a gas build-up and possible explosion.

If you’re confused by all the different types of grills and smokers, I wrote an in-depth guide which you can see by clicking the link.

I break down everything you need to know about each type, including the surprising aspects I learned about pellet grills and smokers.

A propane grill/bbq is not safe for indoor use, as carbon monoxide buildup can result. Also, because grills give off more heat than ovens, and are less insulated, they can create a fire hazard. For more #FireSafety tips visit https://t.co/huPrGPJb8z pic.twitter.com/L7EmTGo8pH

Is it safe to use a propane grill indoors?

A propane grill, as I mentioned above, isn’t much different than a gas stove.

As such, there isn’t really much of an issue with using it indoors unlike a charcoal or wood grill which, of course, you would never want to use indoors.

That being said, I personally wouldn’t use a propane grill indoors since I have a stove and I like being outside at the grill.

If you do use a propane grill indoors, just ensure you have proper ventilation.

It’s also worth pointing out that since they are designed to be used outside, most propane grills aren’t nearly as well insulated as a kitchen range. So they will put out a whole lot more heat than your stove will.

So make sure it’s not backed up to a wall or anything flammable.

I recently went a lot more in-depth into this topic in a newer post about some of the dangers of using a propane grill indoors in this article.

In it, I also mention what I would use instead for outstanding indoor grilling results without the carbon monoxide dangers or fire hazard. So just click that link to see it on my site.

Did I cover everything you wanted to know about whether propane grills are safe?

In this article, we took a look at the world of propane grills.

We examined some common questions around safety and how dangerous propane grills are. And we looked at some of the causes of propane tank explosions.

But ultimately, we answered the question of are propane grills safe with a resounding yes; if you follow proper safety protocols.

What’s your favorite way to grill?

If you’re just getting into grilling, you may be confused about the differences between wood and charcoal grilling.

I wrote an in-depth article which explains everything you need to know including exactly how bintochan charcoal can reach temps of up to 2,200°!

Smoked chicken breast is one of the most delicious tastes out there. Whether you're using bone-in or boneless chicken breast, smoking it can add a unique flavor and texture that you can't get any...

While there are many ways to keep food fresh and flavorful, smoking meat and chicken is undoubtedly a great method. This cooking method adds a fantastic smokey flavor to the meat, but does it extend...